Why Are Hidden Water Contaminants a Serious Problem in Tap Water?

You are here: Home / Blog / Why Are Hidden Water Contaminants a Serious Problem in Tap Water? 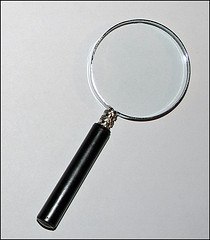 Homeowners often come to us because they can sense that something is wrong with their water. The problem might be a bad taste, an offensive odor, floating particles or even a strange color. These are all great reasons to install a water system in your home, but there are many other homeowners who don’t even realize that there is something wrong with their water. For these homeowners, the contaminants in their water are not detectable by human senses, and the health effects of those problems can be much more severe. Today we’re going to talk about the types of hidden contaminants commonly found in water, why those contaminants are so dangerous and how you can know whether or not your tap water contains hidden contaminants!

Why are hidden water contaminants so dangerous?

How can you detect hidden water contaminants?

Now that you know the dangers of hidden water contaminants, you might be wondering how you can know whether or not your tap water is contaminated. Although hidden contaminants cannot be detected by human senses, they can be measured during a professional analysis of your home’s tap water. EPA Water offers free testing services that will test your water for many different hidden contaminants. After your test is complete, we’ll provide you with the results and help you decide which treatment option might be best for your home.

If you have any questions about hidden water contaminants, or if you’d like a water system serviced or installed in your home, contact EPA Water Consultants, your water softener and water filtration system dealer in Pennsylvania and New Jersey. We provide service all over Eastern Pennsylvania and New Jersey, including towns like Buckingham, Lansdale and Chalfont, PA.

Don't live with unclean water... get a water softener today!