Sodium Chloride vs. Potassium Chloride Regenerant: Which One is Right For Your Water Softener?

You are here: Home / Blog / Sodium Chloride vs. Potassium Chloride Regenerant: Which One is Right For Your Water Softener? 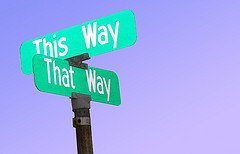 What is regenerant used for?

Before we talk about the differences between sodium chloride and potassium chloride, it’s important to understand what regenerant is in the first place. During the water softening process, water goes into the softener’s tank and encounters thousands of tiny resin beads. These beads have either sodium or potassium ions attached to them, depending on the type of regenerant your system uses.

When hard water comes into contact with the resin beads, the calcium and magnesium ions (hardness minerals) in the water attach to the beads and “knock off” the sodium or chloride ions that were previously attached to the beads. The sodium or chloride ions flow out of the tank with the (now softened) water, while the hardness minerals are left behind.

The process above happens over and over until most of the resin beads in the tank are covered in ions from hardness minerals. At this point, a solution of water and either sodium chloride or potassium chloride, known as regenerant, is flushed into the tank. When this happens, the hardness minerals are so overwhelmed by the regenerant that they detach from the resin beads and are flushed out of the tank.

In most situations, sodium chloride is the best choice of regenerant for homeowners due to its much lower costs. Potassium chloride is typically only used by people who are on extremely low-sodium diets and might be concerned about the tiny amount of salt that’s added to softened water by using sodium chloride regenerant. If you don’t mind the extra expenses of potassium chloride, it is also effective and can also be environmentally friendly when disposed of.

If you have any questions about sodium chloride vs. potassium chloride regenerant, or if you’d like a water system serviced or installed in your home, contact EPA Water Consultants, your water softener and water filtration system dealer in Pennsylvania and New Jersey. We provide service all over Eastern Pennsylvania and New Jersey, including towns like Chalfont, New Hope and Doylestown, PA.